Shortly after turning 30, Michael Arbitman became blind due to complications from an eye infection he contracted while traveling overseas for work. When this happened, Michael had to overcome many obstacles. One of those obstacles was trying to navigate websites and use apps that were not accessible. This was one of the most frustrating aspects of becoming blind. Michael never blamed the businesses because he himself never knew about or thought about accessibility before. This was one of the reasons why Michael created Blind Tech Studio.

Blind Tech has pioneered the development of a revolutionary flagging system that immediately alerts the business of accessibility issues. Blind Tech Studio’s goal is to make the world accessible, one website at a time. 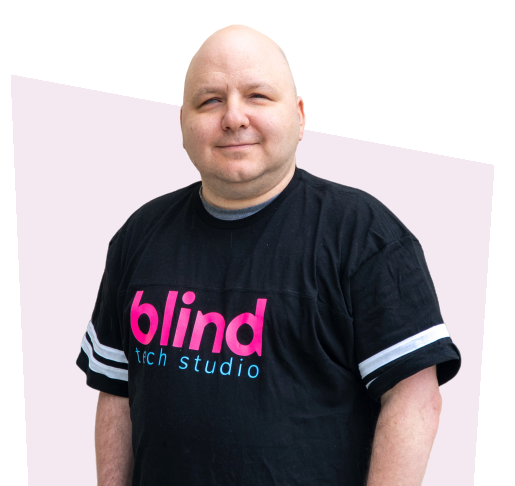 Our goal is to help

We created Blind Tech Studio not only to help businesses become accessible but also help people suffering from different conditions get a job opportunity.